Clients recently signed a tenancy at will of new office premises, in order to get the keys on a temporary basis.   This was fine.   I then became involved in regularising the short term overlap period of occupation of their existing offices. This was initially proposed also to be by way of a tenancy at will.  I advised against signing.

The clients had been in occupation for a couple of years, on a handshake with their landlord.   He in turn was also a tenant, having been granted a lease by the freeholders but didn’t need the offices for himself.  The freeholders had just found out about my clients and were insisting on the occupation being clarified and properly documented. They were concerned about my clients changing their minds about leaving and claiming statutory security of tenure under the Landlord and Tenant Act 1954.  The freeholders’ property manager (their City of London solicitors keeping somewhat sneakily in the background) had presented my clients with the tenancy at will to sign.

The problem for my clients would have been that a tenancy at will legitimises ongoing occupation only on a day to day basis, so is very precarious.  Either party can end it on immediate notice.  My clients probably did have statutory security of tenure under the handshake arrangement, as it applies by default to any tenancy (written or implied) of premises occupied for business purposes.  They shouldn’t have been giving this up lightly, just to accommodate the freeholder’s concern, however difficult this may have been to their own landlord.

All parties eventually agreed to a new underlease, outside the Act, for a one year period with mutual, rolling 4 week break rights.  This was more cumbersome than a tenancy at will but the only way to satisfy everyone.
A tenancy at will is generally appropriate only where it suits all parties for the arrangement to be on a day to day basis and where it doesn’t cause significant problems for any of them if the occupation is brought suddenly to an end.

Paul Dixon
Posted by Unknown at 02:03 No comments: 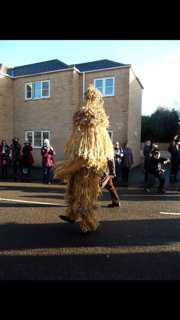 Steeped in history (and not just a pub crawl for the locals ;) ) the Straw Bear Festival takes place every January in the market town of Whittlesey, where I am from, to celebrate the old Fenland plough custom of parading straw bears around the town.   The Straw Bear (basically a man in a suit of straw), baby straw bears, plus a colourful procession of dancers, musicians and poets move around the town stopping to perform outside all of the public houses - and Whittlesey has many such establishments!!  The procession is followed throughout the day by thousands of onlookers, all enjoying the merriment... and refreshments. You have to see it to believe it!! 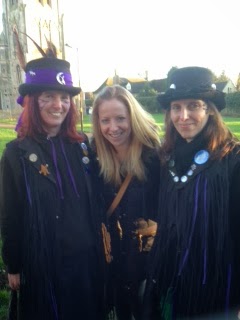 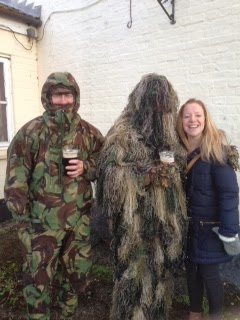 
George Osborne’s Autumn Statement last month promised to alleviate the business rates burden on small businesses, mainly by preserving and extending Small Business Rate Relief (see https://www.gov.uk/apply-for-business-rate-relief/small-business-rate-relief).  The measures include the extension, for a further 12 months until 31 March 2015, of a 100% relief (double the usual 50%) for RVs up to £6,000 and taper relief to £12,000; and the introduction of a 12 month transition period during which relief will still be claimable even when a business acquires an additional property which would otherwise take it outside the relief.

There is extra help promised for retail businesses, including a 50 per cent business rates relief for 18 months - between 1 April 2014 and 31 March 2016 - for businesses that move into retail premises that have been empty for a year or more.   See the DCLG Business Rates Information Letter (9/2013) for further details of these and other measures, as well as a link to a consultation paper on reforms to the business rates appeal process.

Paul Dixon, Matthew Dempsey and Lauren Simper were recently invited to visit a local school by Blue Smile - a Cambridgeshire children’s charity that provides counselling and therapy for pupils between the ages of 3 and 13.

Dixon Phillips has been a proud supporter of the Blue Smile Project since 2011. The Charity’s aim is to offer skilled therapy and mentoring to troubled children attending schools in Cambridge’s most deprived areas.

Blue Smile work intensively with individual children for much longer than other agencies can.  This enables them to build trusting relationships not only with the children but also (importantly) with parents, to help address the children’s longer term emotional and psychological challenges and avoid these continuing on into adulthood.

Our visit enabled us also to see first-hand the positive impact that the Blue Smile team can have working with pupils both inside and outside the classroom.

We will be taking a more active role in our support of the Blue Smile Project in 2014 by assisting with their Better Reading Partner programme, reading to children and listening to them read.