20 other mature students joined me at St Johns Innovation Centre to receive 4 hours of driver speed awareness training the other day.  All of us were there to avoid 3 points, having each driven past yellow boxes marginally above the speed limit.

Let me stress, right up front, I am NOT an apologist for speeding motorists!  I think dangerous speeding should be punished more severely than it is.   However, that doesn’t mean I have to agree with the yellow boxes or with the merits of courses for those caught by them.

The trainer, Peter was articulate, knowledgeable and entertaining, even if (only my opinion) a little patronising. “I’m not here to tell you what choices to make.  However, what do we need most, in order to be as safe as possible on the road?” “Space!” we all shout, after two hours of priming.  “..and what else?” “Time!” “.. and what does that mean we should be doing?” “Slowing down!”

I did learn quite a bit, including how ignorant most people are about the Highway Code.  I wasn’t alone in being wrong about national speed limits.   We were also told several interesting statistics.

1. What are the national (default) speed limits for cars on a) urban roads b) single carriageways c) dual             carriageways and d) motorways?
2. How many people were killed on the UK’s roads in 2012?
3. What percentage of these were a) in towns b) on rural roads and c) on motorways?

See the answers at the end.

None of the students wanted to be a class troublemaker and risk longer detention.  Accordingly, no-one tried to argue that driving above the speed limit might, on its own, not always be irresponsible and wrong; nor was there any challenge to the assertion, made by Peter, that yellow boxes are positioned in accident hot spots, primarily where there have been deaths.

I later checked the County Council accident map on this.  The camera that clocked me is on Victoria Avenue, where there have been no deaths or even serious injuries, only minor incidents.  It is positioned beyond the main cluster of the recorded incidents, partially obscured by a bus lane sign and on a wide, straight stretch of road with two lanes and good visibility each side.  An accident hot spot, or a lucrative one? 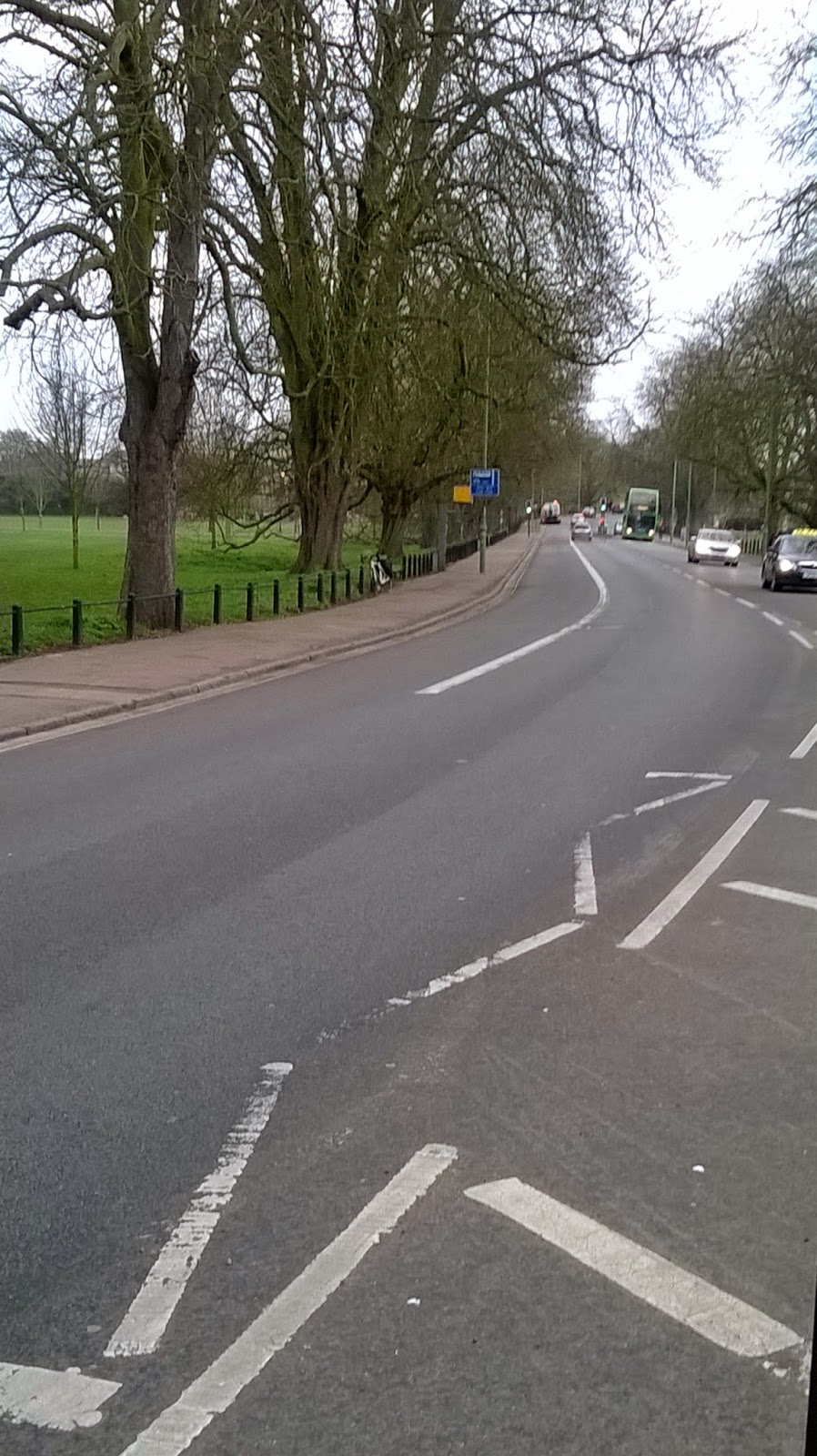 There is a 30 limit on Victoria Avenue but (as I learned on the course) if there happened to have been no street lights or repeater signs, it would be 60 (single carriageway, national limit).   I was clocked on a bright, clear day with no other vehicles, cycles or pedestrians anywhere near.   It is submitted, m’lud, that my speed of 37 was a safe one in the conditions.  I also suggest, m’lud, that the camera (£40k+ investment) was positioned at least in part for maximum revenue raising, not to promote safer driving.  OK, there is no legal excuse to exceed a speed limit but isn’t it wrong to target for enforcement (by cameras which exercise no discretion, regardless of the conditions) those places on the road where speeding is most likely to occur rather than where it is most dangerous?

The course was instructive but it was also too long and attended by the wrong people.  Most of my fellow students were women and nearly all the men were middle aged or older – not a boy racer in sight.  Peter was preaching largely to the converted.

The consequences of not being able to stop in time were starkly shown to us in several videos in which we saw the possible effects (hitting pedestrians as opposed to just avoiding them) of the longer stopping distance required by just a couple of miles an hour extra speed.  No-one disagreed with the overall message but I still thought there was no proper perspective on the real risks of not keeping scrupulously to a fixed speed limit along every stretch of road.

In short, for me, the course was a useful reminder of the dangers of speeding but I wasn’t alone in feeling resentful at having to be there.  It certainly didn’t change my view that those wretched cameras encourage people to perceive speeding not as dangerous or socially reprehensible but just as another thing on the road to look out for.  They undermine not only the moral case against speeding but also respect for the rule of law.

Cityscapes in Abu Dhabi and in Dubai up the coast are “must sees” of modern architecture.  Put them high on your bucket list, advises Paul, just back from visiting friends in Abu Dhabi.

Parts of the cities look like an architects’ playground, with buildings of every shape and colour, and all big!
Paul’s favourites in Abu Dhabi were the circular Aldar building  and the Grand Mosque.  This is truly enormous, with 82 domes, 12 ton chandeliers and the world’s biggest (50,000 sq ft) single carpet.  You wouldn’t want to lease it with a full reinstatement obligation at the end of the term. 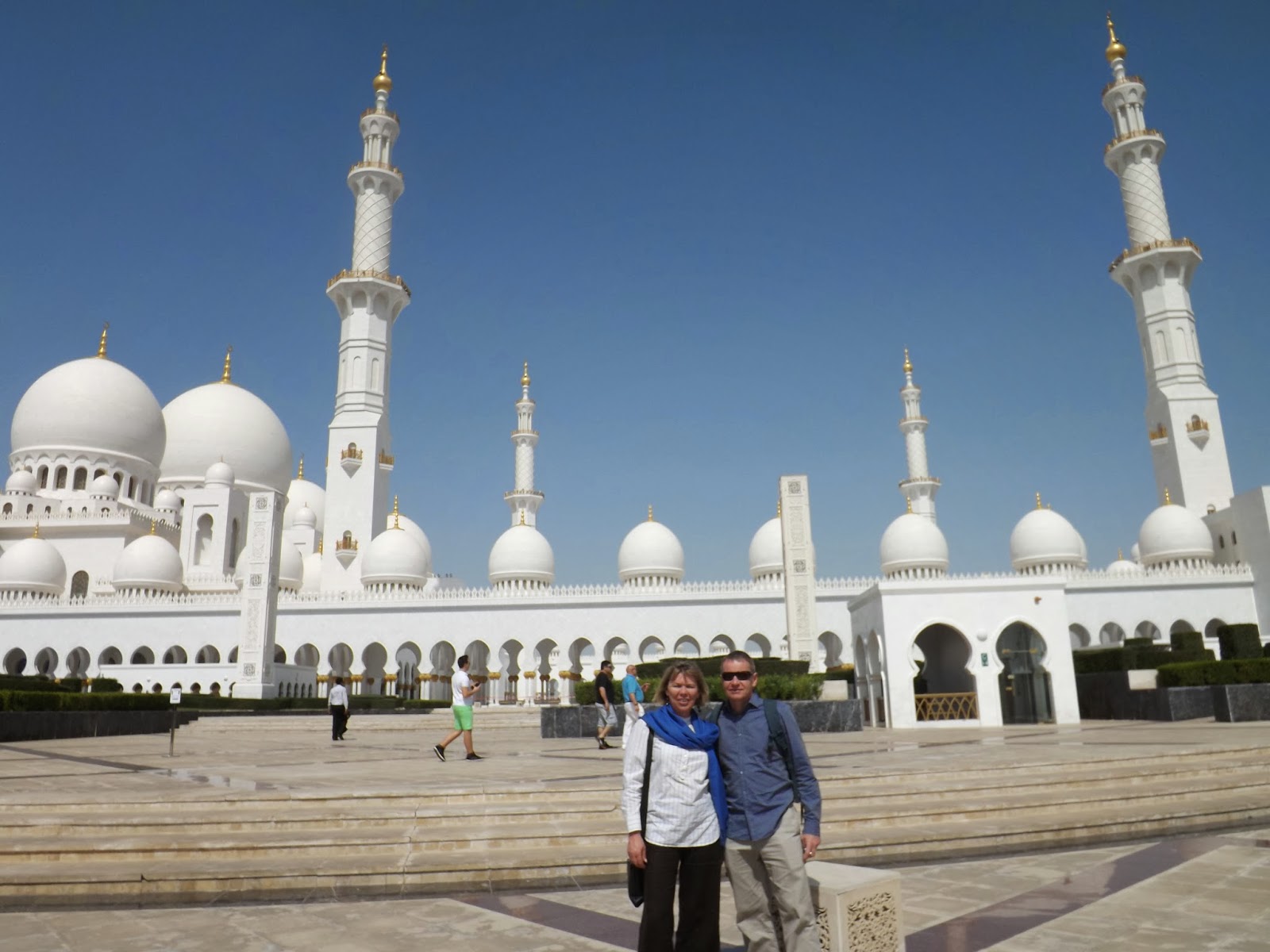 Cruising along the main drag into Dubai in his friend’s open top Mustang, through a corridor of futuristic skyscapers, Paul felt like he was Catnis in the Hunger Games being ridden into the Capitol.  Dubai of course has the tallest building in the world - the Burj Khalifa.   Paul couldn’t get on a tour but reports that it is truly stunning from the outside and quite enough to admire without touching! 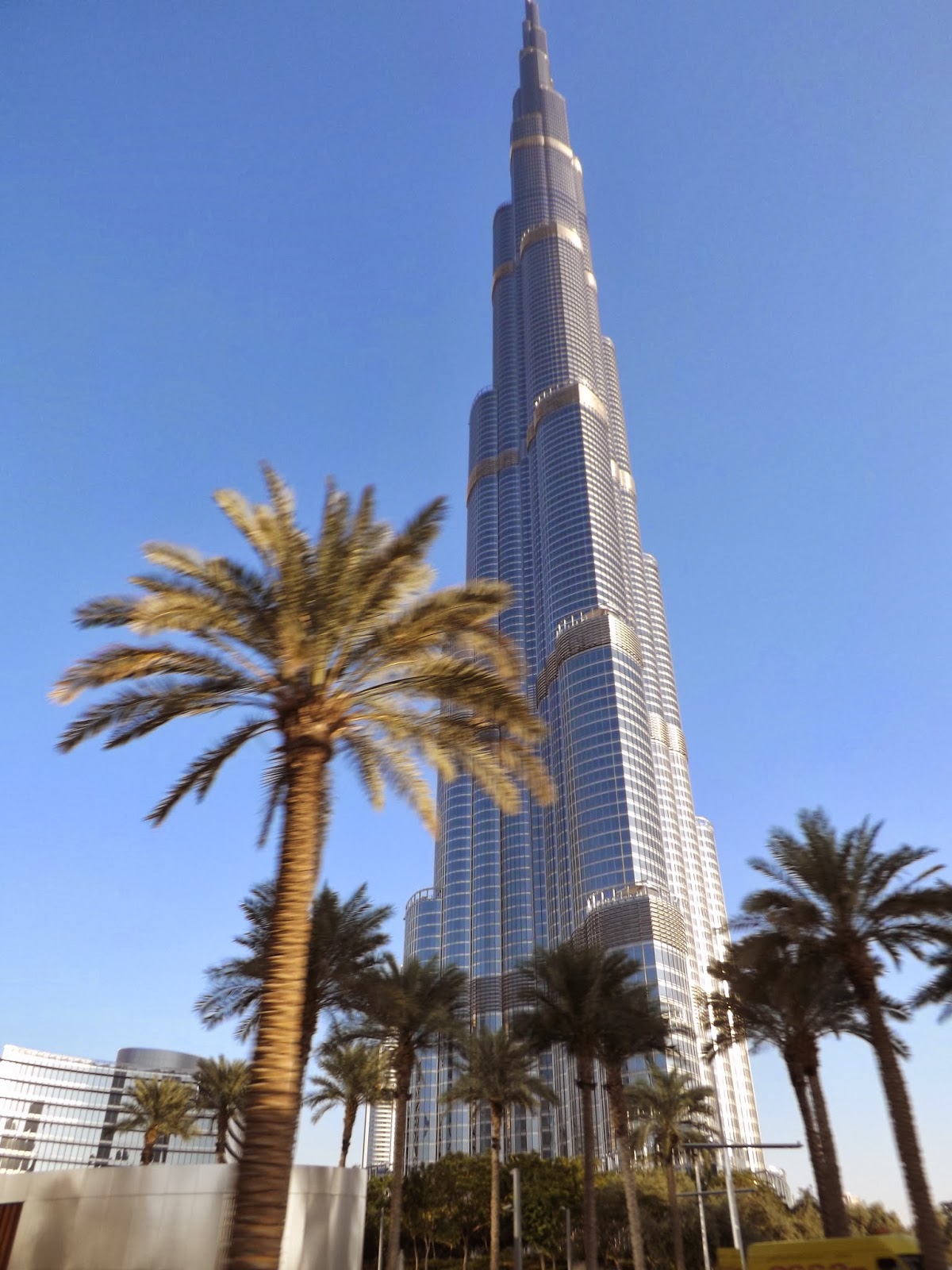 Whole new high rise business, leisure and residential communities are in development around Abu Dhabi and on its Islands, not to mention multi-billion pound palaces and huge infrastructure projects.   It’s a dynamic – and wacky – place.

…And finally, it’s a little known fact that people in Dubai don’t much like the Flintstones… but those in Abu Dhabi Do!